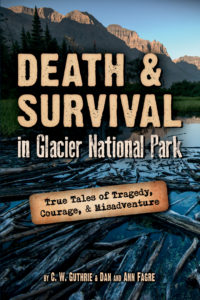 Written by local Glacier National Park experts residing in North Western Montana. Jam-packed with gripping stories of courage and survival in Glacier against all odds. Featuring the most complete chronology of all 296 deaths in Glacier National  Park, including names, ages,  locations, and causes. 320 Pages,  82 black-and-white photographs,  2 maps.             Price: $18.95

New Book on Death and Survival in Glacier is Most Complete, Up to Date

Since 1910 when Glacier National Park was established as our seventh national park, 296 people have perished within the park’s boundaries. As it turns out, survival in Glacier isn’t always guaranteed. “People fall off cliffs, drown in cold rivers, get buried by avalanches, and succumb to exposure,” says co-author Carol Guthrie. “In wild places like Glacier,” she says, “there’s no shortage of ways to meet your maker.”

Ann and her husband Dan Fagre know first-hand the risks of recreating in Glacier’s terrain, having lived in West Glacier and worked in the park for twenty-six years. As Ann says, “So many of the stories we uncovered felt personal because the circumstances were eerily familiar to us.” As Dan explains, “We’ve hiked that trail, slipped on those wet rocks, and scrambled for cover when blue skies suddenly turned black with storm clouds.”

To unearth all the stories in Death & Survival in Glacier, Guthrie and the Fagres spent more than a year combing park incident reports and news media archives. The result is the most comprehensive chronology of deaths within the park, from 1910 to the present.

They also interviewed survivors and rescuers and discovered oral histories, some from the pioneer era before the land became a national park. “Today’s visitors need to be aware of Glacier’s natural hazards,” Guthrie says, “but imagine how risk-filled life was for the native people who lived here, and early settlers, before modern medical care and long before life-saving technologies like bear pepper spray, two-way radios, and rescue helicopters.” One chapter in the book, “When Life Hung by a Hair,” focuses on those early years, including the story of James “Scotty” Findlay who tried to swim across Lake McDonald’s ice-cold outlet stream in June 1892 while his best friend watched from the other shore.

“Many of these tales are tragic, even heartbreaking,” says Guthrie, “but this isn’t a morbid book or a list of human follies. We explain the circumstances behind these incidents to help readers understand how normal people like you and me sometimes stroll smack into trouble when visiting Glacier.”

Guthrie points out that the survival stories add suspense as well as valuable insights on the right steps to take when things go wrong. “Being lucky doesn’t hurt,” Dan Fagre says, “but even better—be prepared, tell someone your travel plan before heading out, carry bear spray, pack a jacket and a flashlight, and don’t take unnecessary risks.”

All three authors agree: “We don’t want any of our readers to end up in a future edition of this book!”

Death and Survival in Glacier National Park is available at local bookstores and gift shops, through online retailers, or from Farcountry Press at 1.800.821.3874, www.farcountrypress.com.

Take a look inside Death and Survival in Glacier: 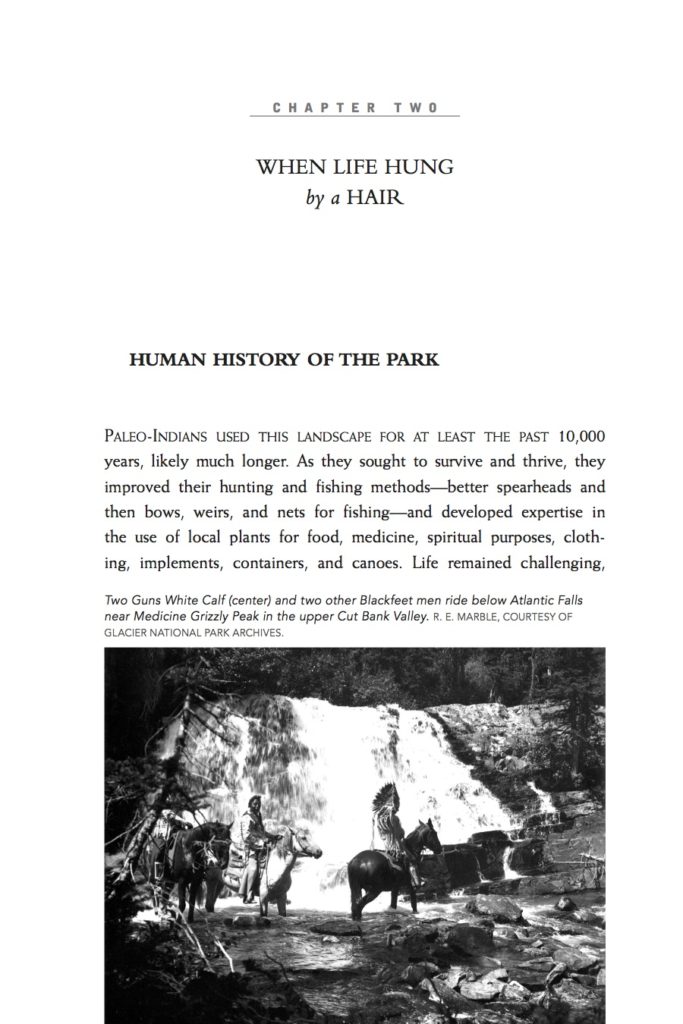 Dan and Ann Fagre have been backpacking, climbing, skiing, and exploring mountains and national parks since the early 1970s. Over these decades, they’ve been wilderness rangers, fire lookouts, firefighters, and outdoor trip leaders in various western landscapes. For the past twenty-six years, they’ve made their home in West Glacier, Montana, and Glacier National Park, where they’ve worked, played, and raised their daughters who are following in their footsteps.